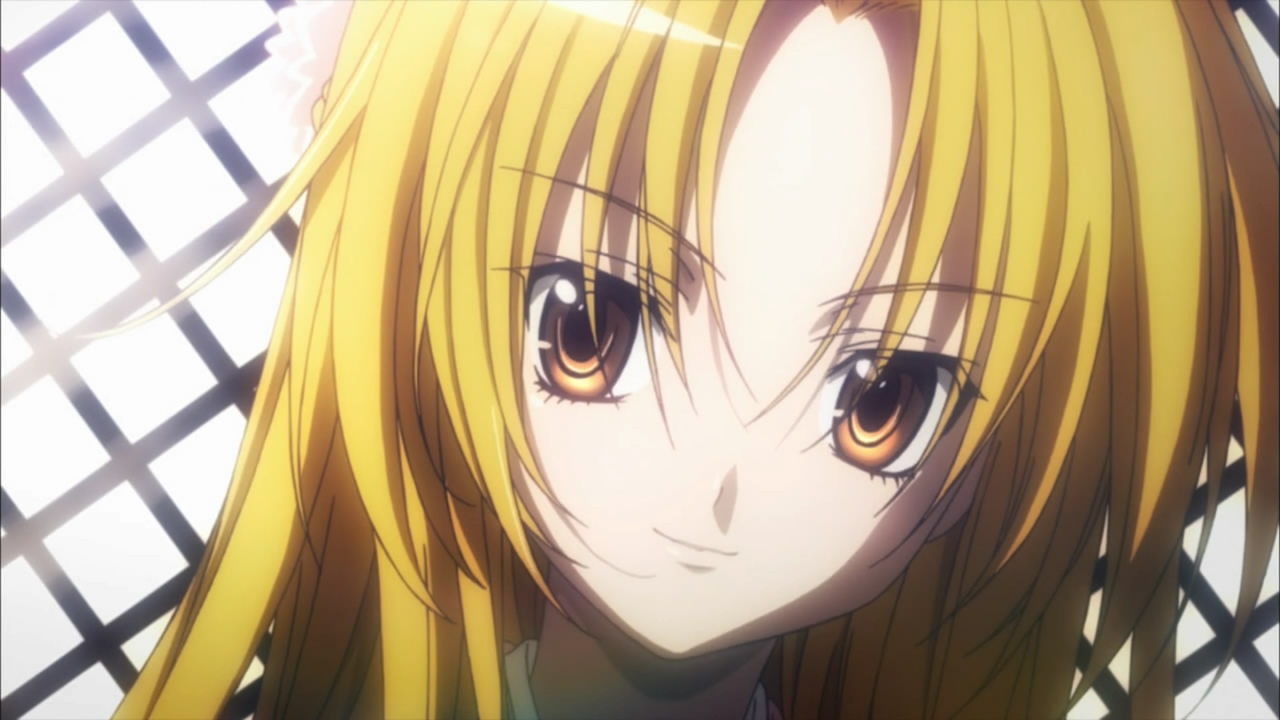 Well, certainly feels like it with how long I’ve been doing this.

Really hoping that you guys enjoy the slow-paced stuff, because next month, I’m going back to the classics.

Not the classics club. (I wish I’m doing that series, but you know me. I get distracted by various series easily). And I’m not intending to be scribe who faced God. If I face God, that means I’m dead.

Over here at hellping, I try to do slow series so that I’ll won’t be as trendy (I mean, they’re less likely to be licensed, right, right?)

Regarding Kamimemo, someone else is supposed to do Volume 5, and I started 6 already, so I’ll be focusing on volume 6.

Of course, given that I’m working on 4 series at one go (Magdala, BMG, Ireba and Amaryllis), why not add another?

It’s me. I’m called crazy all the time.

So, lots of you may wonder, how did I end up doing Ireba, when I already stated that Kantoku’s a sworn enemy?

Let’s go back to a while back.

^Don’t mind this. Just passing through^

Me: Being a NEET, what else? You think I’m going to open a detective agency or something?

J: Think you rather sleep in the library than do that.

Why, to be expected of a worst friend/best fiend I knew since we were 5.

Me: Are you even motivated to do any translation when you can’t even be bothered to take your GCE ‘A’s?

/Me checks J for fever

Me: Anyway, there’s a project that really needs help now, it’s called Kamimemo. A lot of pages, you sure you want it?

J: Oh? Is that the one with the loli as the heroine? I’m in!

Me: You sure you aren’t just going to analyze her and make an ero Custom Maid 3D mod or something?

And yes, my friend’s a gone case.

J: But though you say you want to kill lolis, you have a lot of lolis in the stories you choose…

Me: Not my fault that the authors wanted to pander to lolicons like you. I’m guessing you still have that Shimakaze dakimakura.

J: And what do you have? A library for a bedroom.

Me: Better than you with your R18 doujins.

J: You got a problem? Fine, match later, Poland vs Portugal, we’ll have a bet. You lose, you take top in a poll on Facebook. I lose, I take Kamimemo 5.

Me: Well, not like I got much time to do everything, but your options?

J: Just include 1 with little sister, you can add everything else.

Me: Right, I’ll take Poland. They were impressive with their penalties last time.

Kids, when you have a problem, voice it out. Seek help when necessary. If you are living in USA, and especially Las Vegas, this helpline for Problem Gambling should be a necessity:

Well, luckily for me, the bet’s only valid for a single volume. I don’t plan to continue with the rest of the series because risque stories aren’t my thing. (Yes, I’m a shy boy, why you ask?) And the proper reason is that I got better things to do. You might not like it, but deal with it. (Let’s face it, RL’s the biggest Yan-Yan).

Due to the new updates for FGO, I began looking around for alternatives (I got PGO installed, but there’s no pokemon available on the GPS in Singapore, and I’m not that hardcore to modify where I am)

So, I started playing IM@S Starlight.

I’m terrible at rhythm games, so I thought it’s something I can try to work on.

End of first week, I rolled the gacha. (All singles)

I didn’t know how the gacha works, so when the gacha blacked out, I was like…wait, did I break the phone?

And then, the next image:

I should have broke my phone there and then, even though I later found out it was an SSR. Well, it turned out my phone was still able to play FGO (I had to unroot it though.)

Btw, I’m still playing that iM@S game. If anyone’s asking for the SSRs I have, so far I have that Futaba Anzu SSR, Shiburin’ ‘Stage of Magic’, and Kanade’s ‘Endless Night’.

Punchline of this? That’s still better luck than what I have with the FGO gacha.

Then again, rolling for Serenity in a 10 roll was good enough for me. (Never mind that I got two Saber Lancelots in the same roll.) Thinking of making a crits team with normal Jeanne (with 2030 and max revelations), Kintoki Rider and Lancelot. (If I do this right, I think I can get at least 40+ stars per turn).

Before anyone ask me why don’t I just roll for a Jack, this is the loli-butcher you’re talking about.

And I was really glad that there’s no 4* loli added to this chapter, because…I have a history of drawing them months after they debut.

Other than that, I got a lot of family business to attend to recently. Lots of sending offs and such.

And for the random talk of the month, to tie in on madness, let’s talk about something I think many can discuss about.

The funniest (craziest) moments you have experienced reading light novels.

For me, since I got too many to count, I’ll limit it to the series I worked on.

Not like it’s helping much, but I did work on Baka Test, so of course that’s going to be a sore point of hilarity.

Counting down, the top 3 funniest (or as you will say, ‘…wut’) moments I’ve encountered in the LNs I translated. This part assumes that you read through the stories, so spoilers ahead.

3. Baka to Test to Shokanju

You know Freaky Friday, the one with lots of Shenanigans of people swapping bodies?

Next door at Famitsu Bunko, there was one neighbor writing such a series. It’s called Kokoro Connect.

And this chapter of Baka Test shows exactly why a crossover with Kokoro Connect would be downright impossible.

Never mind that the principal would have invested in a DADA department if this fiasco was known to all.

Remember that I’ve been using the best fiend/worst friend concept? I was influenced by this series. Halfway through the story, I was half-expecting the gang to be wearing signs like what the Straw Hats did on Punk Hazard.

I like how the guys have no problems betraying and taking advantage of anything they can get. And even better, all their actions come back to haunt them.

2. Baka to Test to Shokanju (Yeah, it’s a repeat, you got a problem with that?)

– Context, summoned beasts gaining the power of a Punishment Inspector

Now, anyone who read the series (or at the very least, watched the anime) will know that being a Punishment Inspector means that you can gain better control of your summoned beast, a miniature version of yourself, while feeling all the pain feedback from your beast (within). The higher your test scores, the more powerful your summoned beast is! And remember, kids, a summoned beast typically has around 10 times the strength of an ordinary human!

Well, let’s have everyone suffer that effect!

And do it in a baseball game!

I love this part.

For all your baseball fans who know what is a HBP, Hit By Pitch, you normally know that this typically result in a bench brawl. Normally, I’ll sit back and enjoy the show, but this one is high on the schadenfreude scale.

First, you take the girl with the second best scores, one who has no athletic ability. You give her a baseball to pitch, and she has no control! Great idea, this pitching game!

Next, you take the ⑨, our idiot protagonist and harem lead, whom said girl has a huge crush on, and have him be the catcher! Great idea, this pitching game! Best thing is? This idea is pitched by the protagonist’s best fiend. (typo intended)

Granted, both sides were already on bad terms with each other (and that’s putting it lightly), and they’re kinda out for each other’s blood. If it had been RL, our pitcher would have been wanted for homicide, killing 4 players, including her teammate, the first baseman.

Everyone knows of a fruit called pomegranate that blooms in the beginning of summer? It’s a sweet and sour fruit that’s bright red. It grows on the tree, and when it ripens without anyone picking it off, it will drop because it overripes. Once it drops onto the ground, the crimson red flesh and juice will spill out all over the place.

Right now, the image of the batter that’s shown into my mind started to remind me of the terrible state when the pomegranate drops for some reason.

Never before has a description using fruit been so enjoyable (for my sadistic tastes) since Franky got castrated by Robin in front of everyone at Water 7.

I’ll recommend that you read the entire series to get the context, if not for the fact that I translated most of the series on Baka Tsuki, and honestly (no sarcasm intended, really), my translations could use more work. Reading through some of my earlier translations really show how terrible I’ve been in the past, to be honest, but I don’t have the time to go back and work on them.

1. Tomorrow I will die, you will revive

– Context, a dramatic faceoff of a boy wanting to set himself on fire, and a ‘delinquent’ with the soul of a girl inside him.

To those who read this series, I suppose you had difficulty maintaining your poker faces.

When I noted in the disclaimers that ‘This series is infamous amongst Japanese and Taiwanese readers for smashed computers. Viewer discretion is advised.’ I’m only half joking.

The boy who wanted to set himself on fire felt guilty for driving the girl in the ‘delinquent’s body to suicide, so after all the dramatic breakdown, the girl decides to come out, literally. No amount of description I have here will adequately convey the mood in the original, so I shall quote the girl (or at least, what she wrote)

“I’ll tell you the truth here.

On the day I died, I actually passed by Sakamoto at the crossing, where the accident took place.

At that time, Sakamoto was showing a really terrifying face, and the passers-by were shunning him. That’s the reason why he was shedding tears.

Like a guy appearing in a young girls manga

Like the antagonist that appears in games, one that you can’t bring yourself to hate!

I’ll be honest here, the trending BL sensor within me was beeping away!

I finally found the ‘Uke’ character I was looking for.

A perfect contrasting match to the ‘seme’ eyes of Kazeshiro!

When Kazeshiro pushes down the teary eyed Sakamoto and do things like this, right?

And then I walked on without seeing my surroundings…and then I died.☆

Alright? Done with your swearing?

Sighs, why do I take the weird series again? Don’t answer that.

And as expected, reactions varied. Here is a list of comments after that particular moment.

Regarding what to expect about this series however…this is an emotional rollercoaster. The first two volumes are set up for your freefall, while the last one will have you begging for Kleenex. And then the side story…man, the side story.

Personally, I do find it interesting that I’m typing out such announcements…starting from weeks in advance.