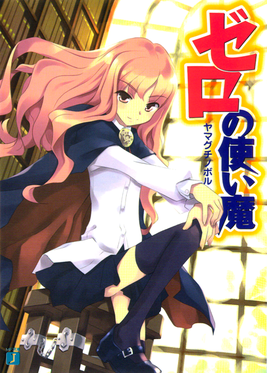 If I have to mention beforehand, it is that, thanks to this series (or rather, the author’s death), I do
feel twice shy about MF Bunko J. So near to the end, but never made it.

This series was one of the pioneers that kickstarted the first wave of massive interest in LN to anime adaptations (along with Haruhi, Shana, and to a lesser extent, Index, which only took off much later in my opinion). The main charm of this series, of course, is that Japan LOVES their loli flat-chested tsunderes.

However, the reason I chose a dead author’s work as review this time is because while it may or may not continue, I do wish to make a recommendation of this series. (I can see the ending). It’s like doing a little bit of a walk down memory lane, and with all the stories about reincarnating into an alternative world, I do want to add another into that category.

Well, this being me, I’ll try my best to abstain from the snark when making the recommendation.

We have a boy, Saito Hiraga, who acts more like a voyeur, and somehow, he gets summoned to an alternate world by Louise…Françoise Le Blanc de La Vallière (why can I remember such names and not what I needed to study for my tests?). Louise the Zero is a noble, terrible at magic, and absolutely tsun, so tsun that she’s the most abusive heroine I’ve ever seen in the LN medium.

Well, thanks to the summoning ritual, Louise is forced to take Saito in as her familiar…or in this case, chew toy (and the abuse isn’t pretty at all. Then again, they’re both perverts). She can’t summon another one, because well, rules dictate.

Hoping in along the way are other harem members, and lots of drama, warfare, and lots and lots of drama. As the genre tags dictate, romcom is supposed to be the name of the game, but ultimately, the story ends up being ‘Hurry up and get married already, you two!’

Well, at the end of the day, lots of things happened. Given that this is a historical fiction based in France, you can imagine what would have happened back then, and I don’t mean introducing the Maid of Orléans into the story. Lots of warring here and there, and so on and so forth.

Louise, the tsundere, one of the original 3 great KugiRie tsunderes (Introducing the Oklahoma City Tsunderes) along with Shana and Nagi. Has issues about herself, physically and aptitude-wise, and this means lots of insecurities for her. Of course, this doesn’t excuse her from her actions, but it is the development from a self-centered noble princess to being an endearing heroine, if I can describe that. Don’t you just like the look of her sobbing face? (or maybe I’m just a sadist, I don’t know. This coming from a guy whose favorite series to translate is Black Bullet…)

And our chew toy, Saito Hiraga, summoned from Japan into an alternate dimension, chosen to be the guardian for Louise…which means getting all kinds of abuse heaped upon him. I would say it is pretty safe to say that yes, as the protagonist of a light novel, he would get at least a girl.

Also, since he’s the protagonist of a harem story, we have girls falling to his laps faster than I could burn my entire collection of ZnT books. Most of the time, it is due to his herotic moments (yeah, don’t mind the pun), and let’s not get to the earlier parts of the story. One thing that probably makes him popular is his cavalier attitude in an era where honor is pretty much exalted (though the term cavalier started off with negative connotations, and I must say that in my opinion, those who do end up together with tsunderes probably have some form of Stockholm Syndrome to them or something. 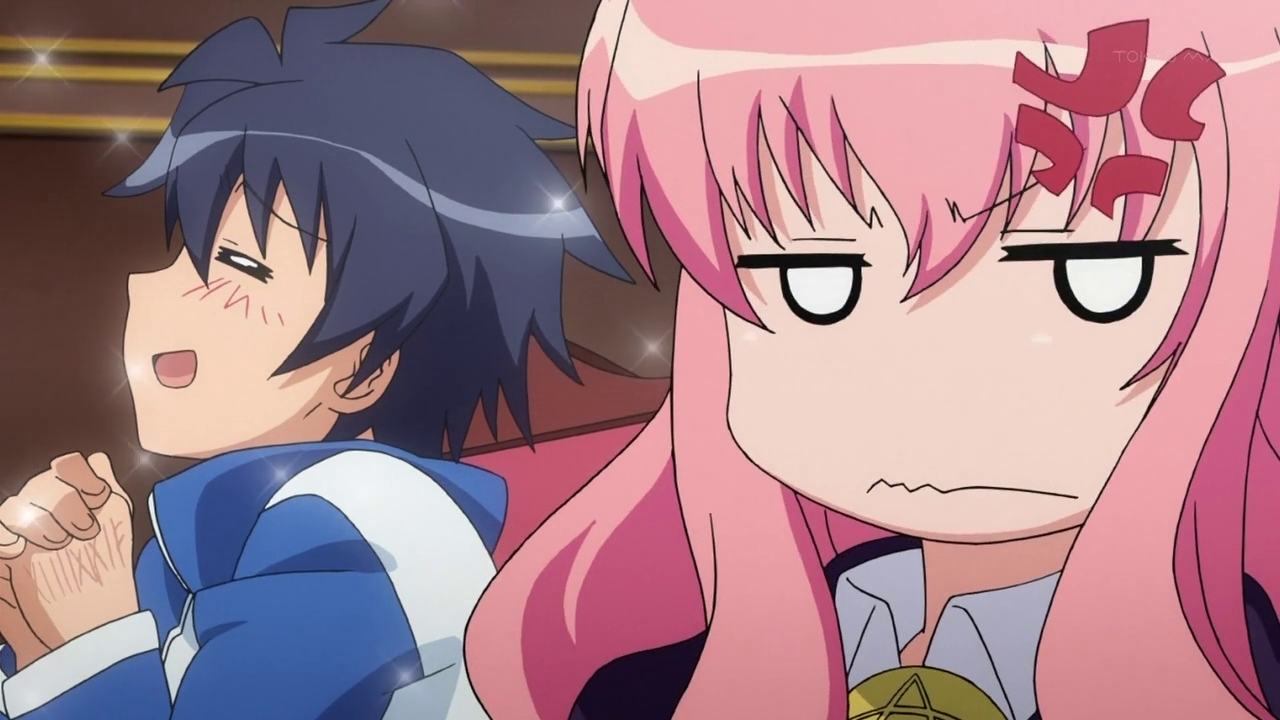 Having said that, I really do miss this series. It’s not a particularly good story, far from it actually, but a lot of times, what matters is not how good or bad the story really is, but whether the story does stay in your memories, for even though I may not like the story, I did spend the time to read through it, and that is something that cannot be replaced for me as a reader.

For Zero no Tsukaima in particular, it was one of the rarer light novel adaptations during that time, a trailblazer of its era. It was also the series that basically put MF Bunko J on the map, and though it did not win any particular award, let alone the Pulitzer, it was one of the first series I actually followed until its hiatus, and I was looking forward to seeing how it ends…

(By the way, Haganai was the first MF Bunko J series to actually make it to the top 10 of the KonoSugoi)

Taste wise, well, it kind of felt like Masala curry when the story started off with an ‘interesting’ premise, only for the spiciness to get too out of hand in one of the bravest, suicidal stuff I have seen in the Japanese light novel genre. At the end of it all, I do need a douse of cold water, which pretty much reflects how the series ended, through no fault of the author. There is still hope however, given that the editors are still settling the final manuscripts to finish the last volumes of the series, with volume 21 released at this point and that, I feel, is like awaiting for Haruhi’s hotpot after all the stuff that happened in Disappearance.

And with that, let us end this with a classic quote from the series:

”Well, if you’re going to die anyway, do your best to look like a hero.”